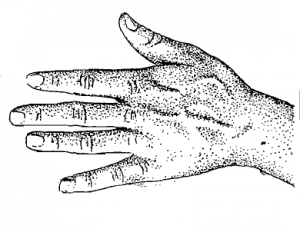 Wiring the brain to environment.

Dexterity represents the connection between the brain and the outside world. Agility, balance, eye-hand, reflexes and running speed are components of dexterity. A person with a high DEX would run faster, dance better and have quicker reflexes. Dexterity would help the persona catch a priceless vase or dive through a closing door.

Dexterity determines a persona’s amour rating and movement rate. Each persona family has it’s own way of calculating movement and armour rating.

If a persona’s dexterity falls below one, she is irrevocably dead due to complete motor-nervous system failure.