Combot is a contraction of combat and robot. This robot type is responsible for fulfilling the murderous needs of its fabricators. There is no mistaking that a combot’s role is to destroy life and break things. This goal does not mean a combot is without rules of engagement or war rules. A combot should not be an indiscriminate destroyer of everything.

Combots should not be mecha sized city killers that destroy the game balance. Combots are supposed to be smaller sized drones that fit into a playable human scale. However, a combot can still be a campaign disrupting killing machine.

Combots are broken robots that are no longer under the direction of a commander or corporation. This lack of clear direction can make combots more disturbed than other robots. The more powerful the combot, the more likely a powerful owner is looking to control it. Combots often have a prehistory of being pursued by established groups in a campaign or milieu. 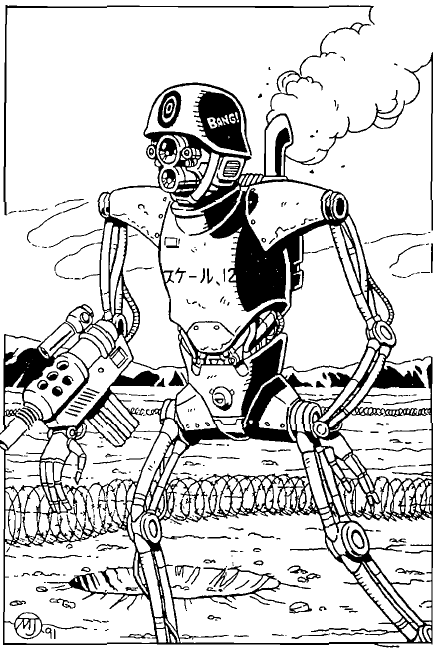 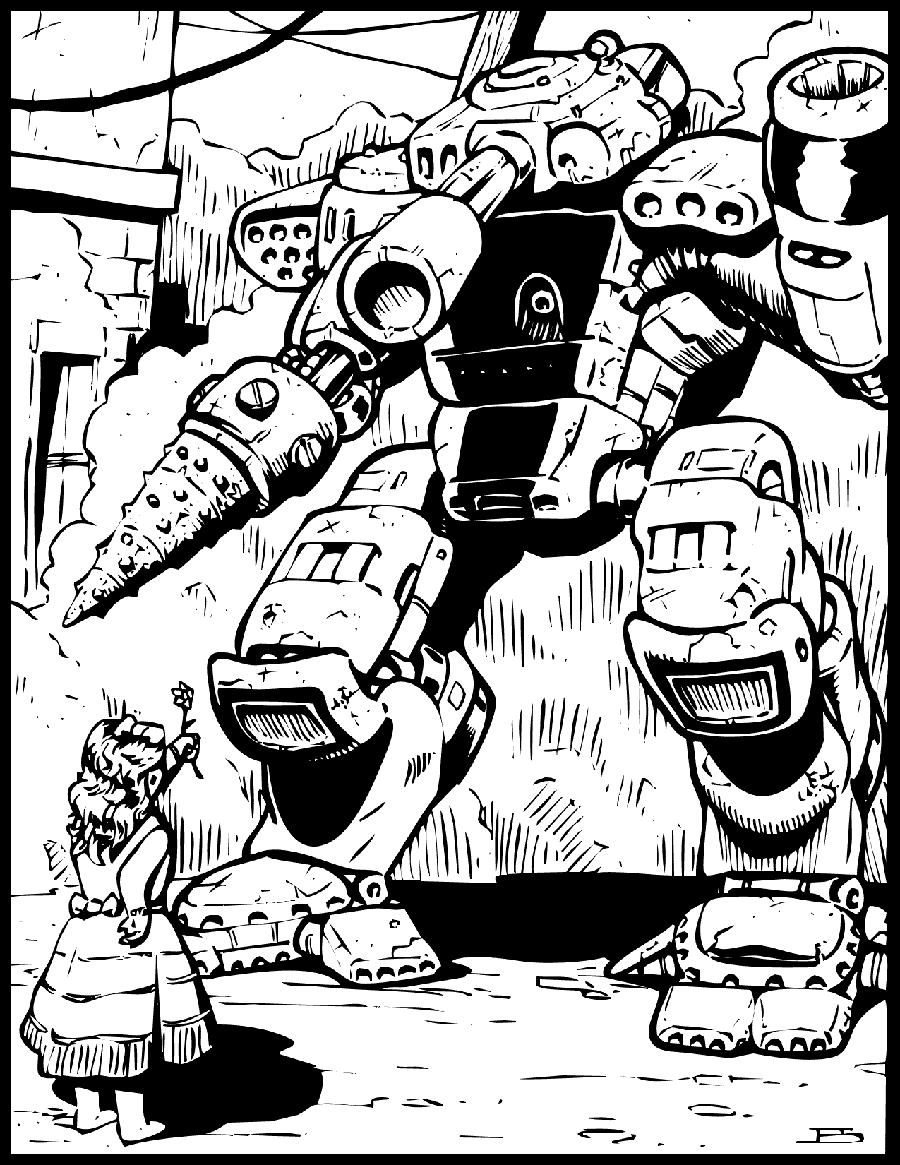 Winning the hearts and minds of robots.

Demoralize is a programme that allows the robot to create short-range psychological discomforts. The defensive combot can create irritating noises or utter vile comments and insults about the enemy. This programming’s in-game effect is unclear but mostly adds a colourful element to combat. The defensive combot’s charisma score determines how effective her demoralizing actions are.

Analyze attacking enemy formations to optimize defensive strategies. Fortify programming can also determine if there is no organized attack pattern. The success of fortify programming depends on the combot’s intelligence score.

A defensive combot can identify any weapon type that damages her. The success of weapon identification programming depends on the combot’s intelligence score. 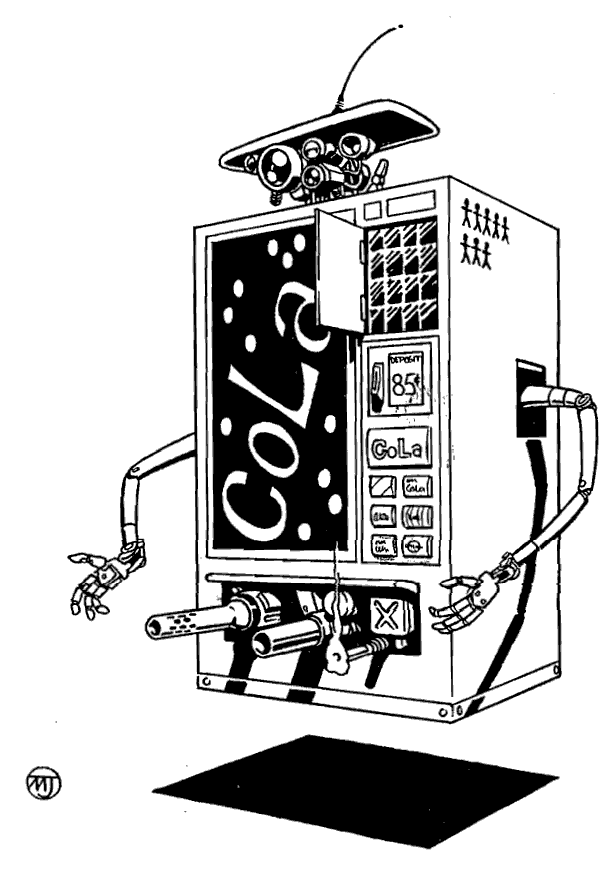 Its the steel thing 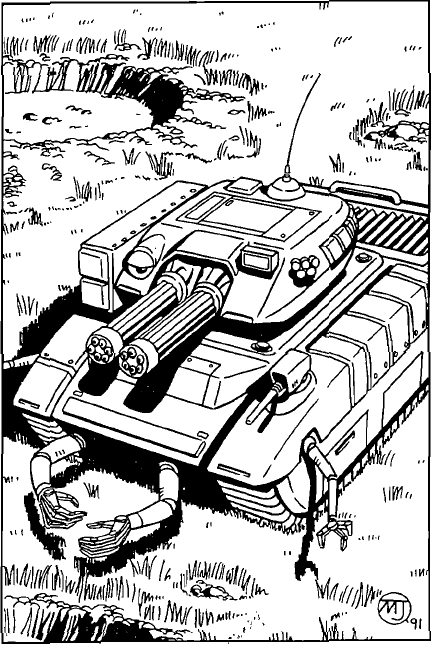 Heavy offensive combots are hardened for combat and do not avoid risk. The armour rating for a heavy combot starts at 775.

Every heavy offensive combot gets one roll on the Heavy Combot Heavy Weapon Table. A heavy weapon can create a game imbalance. The referee can neuter the heavy weapon by having the weapon out of ammunition or in need of launch codes. If the Nuk-O-Matic cannon wrecks the campaign balance, don’t use it.