Aliens represent the infinity of organic forms that can be conscious.

Alien is the colloquial term for the family diversidae. Aliens encompass any organic living creature that has consciousness. Aliens are evolved, represent species, and are generated randomly.

Alien personas are randomly generated and wildly diverse. Size, shape, attributes, abilities are all randomly determined. If a referee needs a particular feature in an alien persona, look to referee alien personas.

EXP follows the sciency fiction assumption that aliens evolve themselves into existence. The referee’s campaign need not follow this assumption. Aliens could be fabricated, cloned, or divinely assembled. Regardless of the back story, aliens are organic life forms.

Role-playing an alien is trickier than role-playing an anthro. Players can easily relate to playing anthros. Alien and robot personas are challenging to even experienced players. Alien generation is random, and there is wide variation in shape, size, and type of appendages. The persona could weigh 500kg, have pincers instead of hands, and no legs at all. Players must learn to restrain the urge to personify their aliens.

Players running aliens have to employ the most imaginative role-playing skills. For example, holding an object, sitting in a chair, or pressing buttons may be impossible. Alien personas may have a completely different understanding of remuneration or success. The player’s flying anemone may be cool, but it may prefer to hunt squirrels instead of saving the universe.

Anthropomorphizing alien personas is to be avoided. Alien anatomy, physiology and psychology is the great role-playing challenge for the players. Keeping it real for a non-existent species is the fun and pain of playing an alien persona. 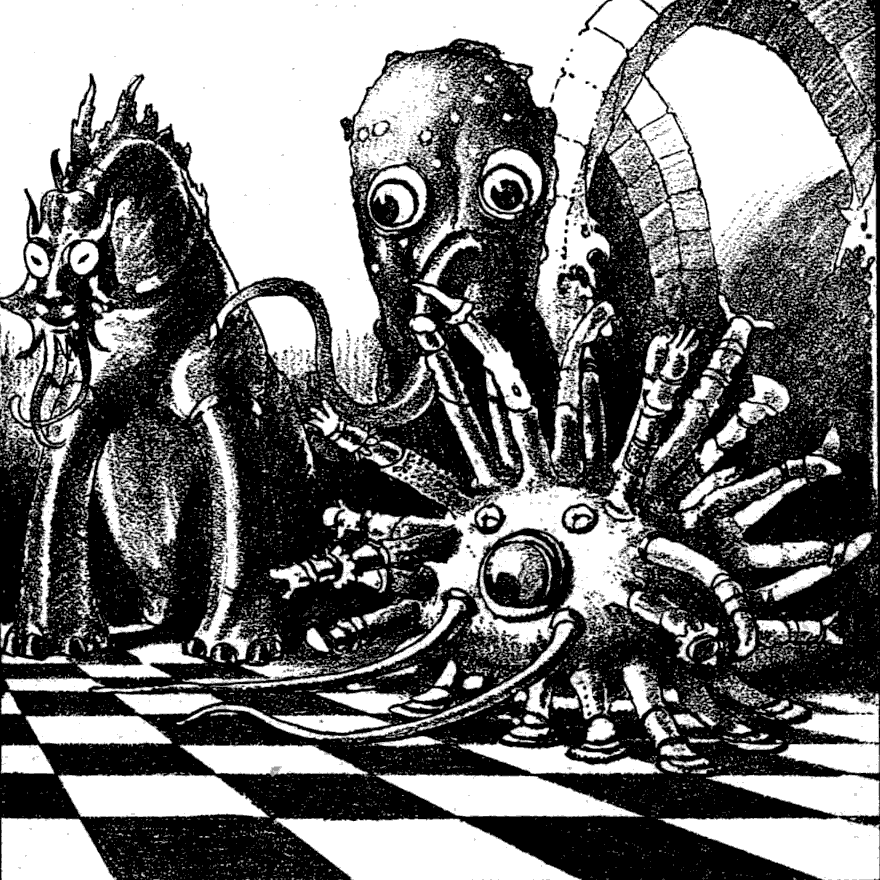 Alien shapes can be strange to play.