In keeping with the family name diversidae, alien shapes are very diverse. The alien description system is wild and unpredictable. An alien shape is a mash-up of body parts from a list of mundane terra denizens. Each creature part listed will be familiar to the ref and players. Four different creature types are combined to create a new alien shape. The four parts are proportional to each other and represent appearance only. Sparrow arms on a tiger body are fully functioning components, not vestigial specks. The image below best demonstrates the proportionality of the animal shapes. 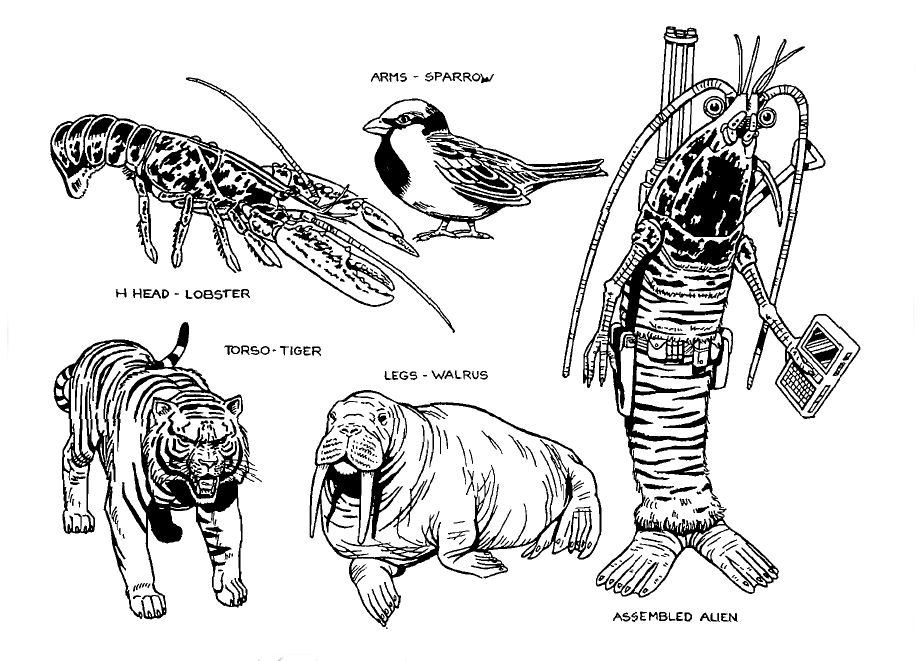 The player generates a head, torso, arms and legs. Each body part represents the shape of each animal. The body part does NOT add any special abilities the animal may have. For example, a scorpion torso would not be poisonous. The body part may not even have the same colour or coat texture of the animal type. The body parts' mash-up determines the alien’s shape and her movement rate. 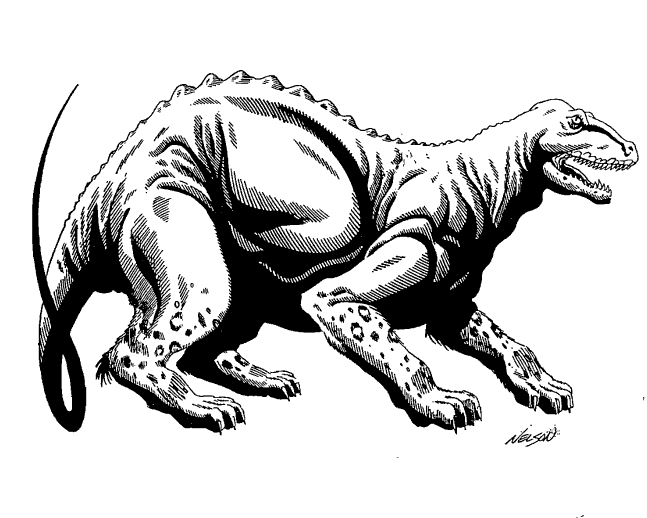 The alien’s head part usually stores the alien’s brain and sensors. The head is usually located at the front of the alien. Record the terrain types (l, a, w, s) associated with the head part. The player may add an optional Alien Head Adornment later.

The alien’s torso part usually stores the alien’s vital organs. The part does not indicate the types of vital organs, but they are most likely in the torso. Record the terrain types (l, a, w, s) associated with the torso part. The player may add an optional Alien Torso Adornment later.

The alien’s arms part usually indicates the alien’s front limbs and articulators. The arms part does not affect whether the alien is a tool user or not. Record the terrain types (l, a, w, s) associated with the arms part. The player may add optional Alien Arms Adornment later.

These are optional accents to the alien’s appearance. Adornments are entirely descriptive. Adornments do not detract from or add any abilities to the alien. The player chooses the details (amount and size) of the adornments. 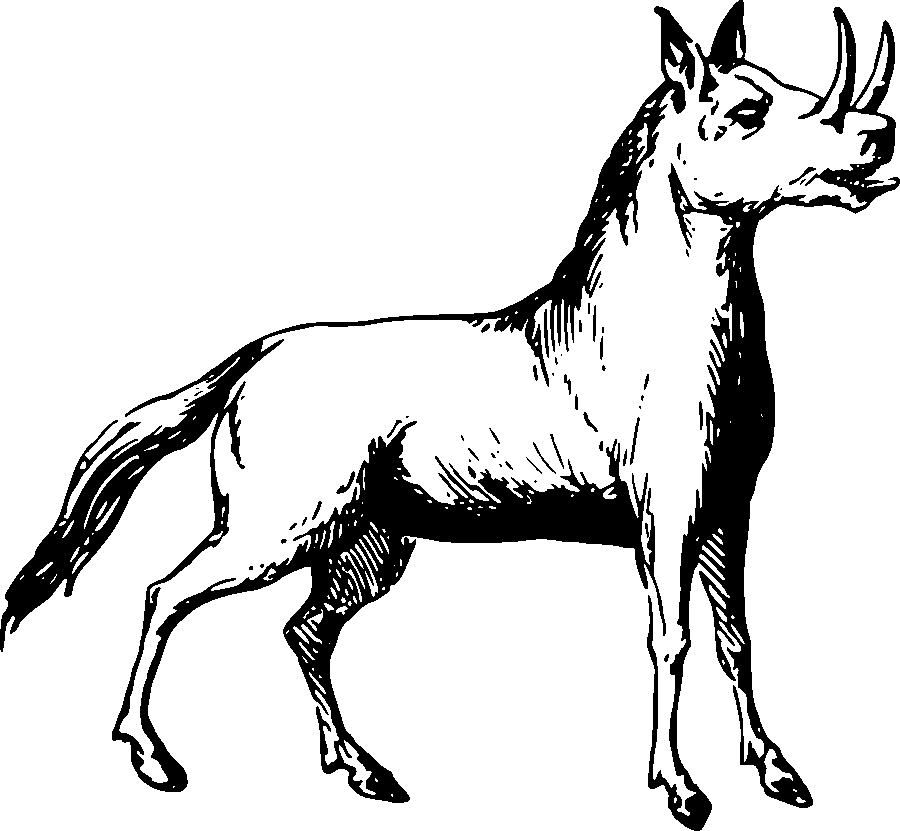 The aliens need not appear as a patchwork of feathers, hide and fur. Most players will choose a single coat type for their alien. This covering can be chosen from any of the four parts or created de novo.

The aliens need not appear as a patchwork of diverse colours. Most players will choose a single coat colour for their alien. This covering can be chosen from any of the four parts or created de novo. There is also an overly detailed colour generator in EXP. To create a de novo coat colour jump to Colour. 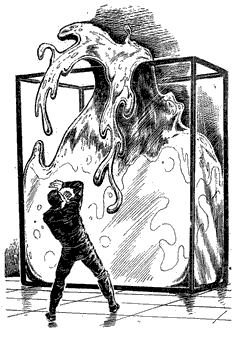 No parts. No body.

Shape and Tool Use

The corollary is true as well. The society elements determine tool use, not the alien’s shape. An alien with no obvious tool using appendages will still be a tool user. Flippers, hooves, or fins adapt to tool use, or the tools adapt to flippers hooves or fins.

Each body part is proportional to the other body parts in the description. The alien’s size attribute (Small, Medium, Large, etc.) determines the alien size, not her body parts. A mosquito head part combined with a bear torso part would have matching sizes. The alien would not have a microscopic head on a bear torso. The alien looks like a bulky hairy body with an insectoid head sporting a long proboscis. The mosquito’s head would be a size proportional to the bear’s torso.

The corollary is true. The alien’s size attribute (Small, Medium, Large, etc.) determines the alien size, not her body parts. A giraffe head part combined with a sperm whale torso part would still be tiny. The alien looks like a square blubbery body with a giraffe head on a long neck. The whole abomination is about the size of a german shepherd.

This section is yet another reiteration that the alien parts represent shape, not function. Don’t let scientific knowledge get in the way of fun and storytelling.

Harrumph! An amoeba of that size would collapse under its weight.

Alien shape and dexterity score determines its movement rate. The alien’s dexterity score will determine her base movement rate. The alien’s shape indicates which terrain types the alien is capable of moving on. The terrain types indicate how the base rate gets split between land, air, and water movement. Whether an alien can fly or not is enormously important to the player. Keeping track of the terrain types letters (l, a, w, s) is critical when evolving an alien species. For a detailed rendering jump to Alien Movement.