A list of numbers that the persona takes into combat.

The combat table is the centrepiece of the tactical combat system. The tactical combat system allows for players to carry out detailed combat shenanigans using miniatures on a tabletop. The Combat Table combines all of the persona’s bonuses in one place. The matrix lists all the bonuses that the player adds to her attack and damage rolls. The combat table combines attributes, vocation, levels, weapon familiarity and tactics to pretend that these elements matter.

Jump to the Combat Tables

Deconstruction of a Combat Table

The example combat table from above is broken down row by row with links to more detailed explanations.

EXP has an enormous variety of weapons. A review of attack types is needed to understand combat tables and attack rolls. For a more detailed explanation jump to Attack Types.

Non-powered thrusting and striking attack. Type A attacks depend on the user’s muscle power to inflict damage. The personas must be in adjacent hexes to be able to damage each other. Examples are clubs, fists, swords, pincers, claws and axes.

Non-powered projectile attack. Type B attacks depend on the user’s muscle power to inflict damage. The personas may be several hexes apart and still be able to damage each other. Examples are arrows, bolts, rocks, quills and spit.

Powered projectile attacks. Type D and E attacks do not require the user’s muscle power to inflict damage. These attacks supply their energy to inflict damage. The personas can be many hexes apart and still be able to damage each other. Type D and E attacks function the same as type C attacks. Type D weapons get two attacks per turn. Type E weapons get three attacks per turn. Examples are semi-automatic rifles, quill shooting aliens and hair-trigger energy weapons.

Powered full auto projectile attacks. These attacks are fully automated (F stands for fully automatic). Type F attacks do not require the user’s muscle power to inflict damage, and one action results in multiple attacks. The attack supplies its energy to inflict damage and make multiple attacks. The personas can be many hexes apart and still be able to damage each other. Type F weapons attack as type C weapons. Type F weapons spray projectiles delivering lots or no damage at all. A typical type F weapon will disgorge 15 rounds per trigger pull. Examples are machine guns, Gatling laser rifles, or a multi-mouthed alien vomit attack.

If the persona is using an unfamiliar weapon, she uses her Bonus Non Proficient (BNP).

Most of the calculations done on the combat table involve the persona’s attributes. Each attack type has its own attribute calculation. Strong personas have better attack bonuses with thrusting and striking attacks. Dextrous personas excel with powered missile attacks. 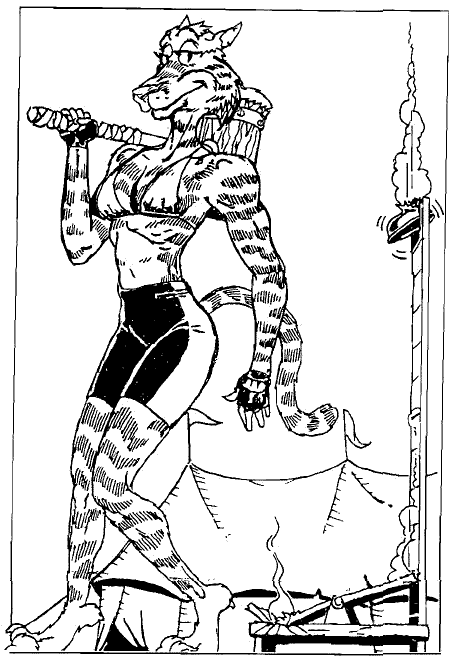 The persona’s vocation determines the persona’s BNP. All anthros have vocations and therefore use the Vocation BNP Table to determine their BNP. The more combat-oriented the vocation is, the better their bonus non proficient. The less combat-oriented the vocation is, the lower their BNP is relative to their BP. A nothing only can use 10% of her bonus proficient with type C attacks. A mercenary can use 100% of her BP for all attacks. 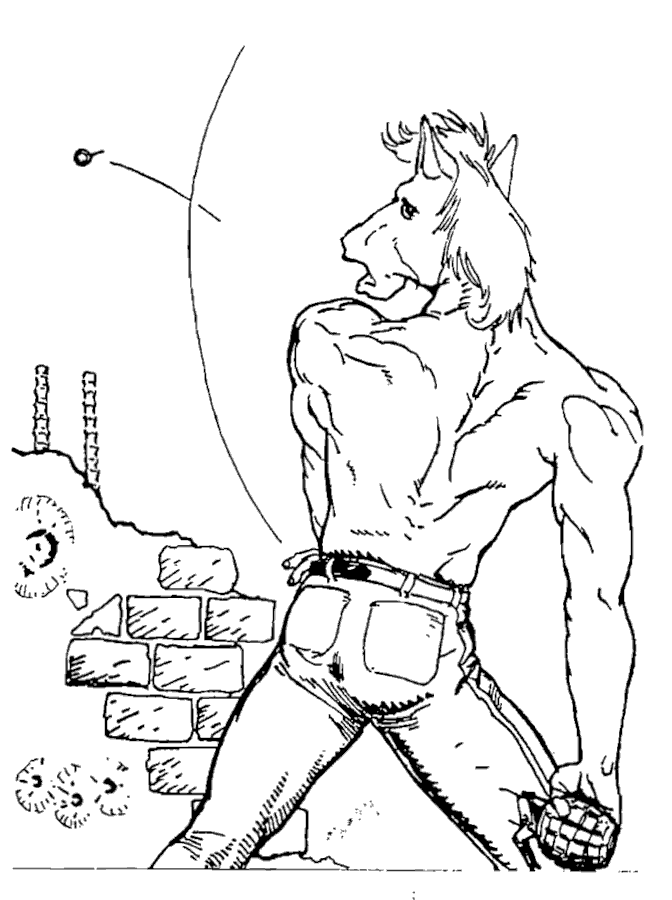 You must know your tool.

Occasionally a player will be unable to win an attack roll on a target with a high armour rating. This limitation of the maximum roll will leave some players feeling helpless and frustrated. These emotions indicate that it’s a good time for their persona to run away. 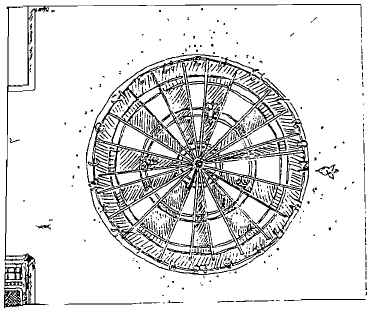 A robot is only proficient with attacks baked-in during fabrication. Robots use their BNP for attacks that are malfunctioning peripherals. Robotic BNP is zero.

Mercenaries are efficient with anything that is a weapon. A merc must first identify the artifact as a weapon. Mercs also get skills bonuses that can increase their attack rolls even further.