Anthros are upright, bipedal humanoids. In the fake taxonomy, anthros are of the family Hominidae and the genus homo. Referees are most familiar with playing this type of referee persona. They have hands, heads and faces. The referee should massage the anthro RP to fit her milieu. This section is for helping creativity, not replacing it.

Not all RPs are created equal. Some personas are less important than others. The referee usually knows the importance of the persona before she starts generation. An RP’s relevance increases the more entangled they are with the expedition.

The referee can create sidewalk civilians on the fly. Any numerical value needed is 6. Anthro cannon fodder have 6 HPS, 6 DEX, and 6 MSTR. The anthro type can is non-descript as in a mutt for canines. Cannon fodder only transiently exists, and no persona record sheet is needed. You can stop here if you randomly rolled cannon fodder.

Cannon fodder does not mean expendable without consequence. Killing off cannon fodder is against norms and laws in most settings. Police forces and superheroes spend most of their time protecting cannon fodder.

Canon fodder may have bit parts in the story, but they do not make the story. Anthro canon fodder are minions, soldiers, or security staff.

The referee usually predetermines the goal of canon fodder. The referee creates as much information as needed. For example, mercenaries defending a lab may only have a pistol and a BP and BNP. Their uniforms may be uniforms, and no further description is needed. The referee generates other attributes as needed. The referee may keep their info on a card, and a persona record sheet is not essential.

Canon fodder can be extremely dangerous to the expedition. They are there to get in the way of the player’s goals. If there is combat, the canon fodder is ready for action. 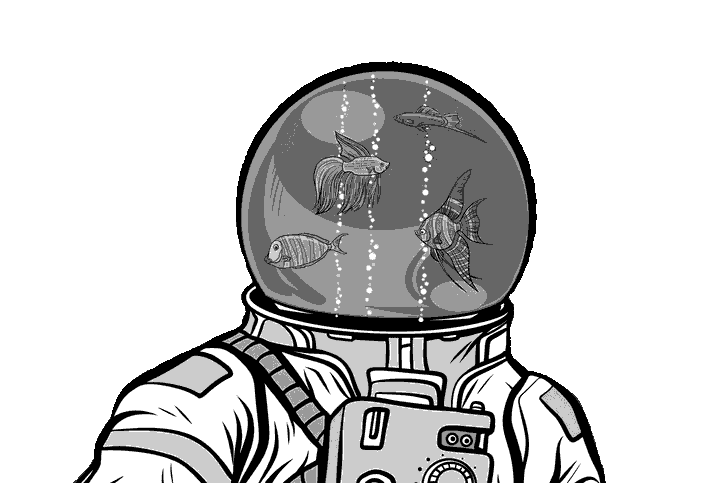 An aquarium not an aquarian

The anthro RP type should reflect the referee’s milieu. The anthro type table is for inspiration only.

Anthro subtypes are phenotypical, not scientific. Anthros are appearance only and are faithful to mundane terran science.

Non-descript anthro types are also called mutts. A canine mutt is a canine, but no more distinct than that.

Use this single look-up table to create the anthro’s hite and wate. For a refresher on calculating hite and wate jump to Anthro Size. To choose specific sizes like obese, skinny tall or short, jump to Modifications.

Most often, the lifespan category is enough of a descriptor for the referee persona. If the story needs an exact age, EXP has a table that has you covered.

A referee persona’s Hit Points (HPS) maximum is determined the same as any other anthro persona. For more information about anthro hit points jump here.

A persona with a CON of 11 would roll 6d8 and add 11. Rounding benefits the player.

Movement rate is dependent on DEX and represented in hexes per unit. If the referee needs a slow or fast RP, this is modified at Modifications

The persona’s armour rating is dependent on her dexterity. The faster, more agile, and more wiggly the anthro, the more difficult it is to land a combat punch. The armour rating determined here is her naked armour rating.

Anthro personas are unique because they can wear armour to protect themselves in combat.

The better the PSTR, the more she can lift.

Referee personas mutate the same as other personas. The referee can push for mutations by doubling the chance. The table should be used as a guide if mutations are to be assigned. Pure Strains are not vessels for zany mutations. Insectoids rarely get physical mutations. Keep in mind that some mutations are campaign changers and should be appropriately rare.

Generate an experience level for every anthro RP. Anthros have vocations, and the EXPS level can be their most important roll. EXPS level impacts how many artifacts and skills the RP gets.

All anthros get a vocation. The referee should choose the vocation that best suits the needs of the story and milieu.

Referee personas carry equipment. They have food, survival equipment, funds, and toys. RPs get one TOYs roll for every experience level.

Referee personas usually have what is necessary to survive in the local terrain. The persona’s survival equipment will vary with the terrain and the referee’s milieu.

The Combat Ratio number indicates how many player personas represent a fair fight. For this process, a player persona is a level one anthro persona with a typical combat table.

Anthro RP Combat Ratio is tricky to calculate because anthros are soggy bags of mostly water. However, their weapons and vocations can make them the most dangerous RPs in the game.

When preparing an anthro combat ratio, the referee should consider all of the RP’s equipment. A nothing canine with a fusion pistol is more dangerous than a nomad feline with a bow and arrows.

The more mental strength the more resilient the higher the combat ratio.

The first half of referee persona creation (RP Roll Playing) involves much dice rolling and data collection. The data collected is essential for players using the Roll Playing Rules.

This second half of referee persona creation (RP Role Playing) is qualitative and descriptive. Little or none of the information in this section affects the power of the persona. However, it does affect the story of the persona. The Anthro RP Role Playing section is for inspiration and creative support. Use this section as a framework for creating the backstory plans and emotions of referee personas.

Cannon, and canon, fodder do not have detailed stories at all. Canonical personas may need a lot more.

The past story element is a geographic cue for the referee and players. This location history helps determine if this persona is exotic or mundane. The details of the persona’s origin may fit into the current milieu or require the referee to extend her world.

The present story element is a mix of intentions and reasons for showing up. The reasons behind the Present Story may need filling out or may fit into the existing milieu.

The future story element is usually an internal goal of the persona. The referee may drop hints about the persona’s future goals. If they are nefarious, the referee will likely keep the plans secret. It is also possible that the persona will not know what her future goal is.

Personality traits help guide the referee when the RP is making decisions. While it is fun to play up an RP’s personality, the referee must remember the pithy aphorism; less is more. The players should be guiding the story, not a strong-willed referee (persona).

The personality types are organized by how strongly they influence the persona’s decision.

The initial die roll is on the Extroverted Personality Trait table. However, the persona is more likely to have an introverted personality trait.

These are not immediately obvious to the players. The referee persona may have opinions based on the personality trait, but she will readily agree with the expedition. An introverted personality trait may influence a referee’s "behind the shield" decision.

The insanity may be overt and quickly discovered by the expedition. Or it may be hidden and discovered when it is too late.

An RPs appearance has three elements: clothing, hygiene and gender. All of them are optional.

Clothing is appearance only. Clothing does not represent the culture, gender, occupation or personality of the referee persona. A persona’s clothing may be uniform that she always wears or may be a nuance of existing fashions.

An RP may have several favourite styles and may even combine them in some random arrangement. The shoes may be punk rock, but the hairdo renaissance.

Hygiene is a general habit that the persona exhibits. Hygiene does not influence charisma, social standing or performance rolls.

While variable depending on the scenario, the RP tends to ebb back to the hygiene description. A habitually immaculate RP that fell in the mud would look like someone who fell in the mud. The immaculate RP would clean herself off sooner and better than the filthy RP. A habitually filthy spie would not arrive un-groomed at an aristocratic function.

Gender represents appearance only. Gender does not represent genetics, sexuality, reproduction, or employment. The politics of gender are up to the referee and players.

Beliefs are purely cerebral elements of the referee persona. They are not nearly as entrenched as personality or hygiene. Referee personas may talk the talk about a belief, but how devout they are is variable. RP beliefs are what the persona would like to be rather than what they are.

The list here describes the structure of the religion and does not list existing human faiths. The referee and her milieu determine the nomenclature, structure, hypocrisy, and corruption of the religion.

The list here describes the structure of the politics and does not list existing human parties. The referee and her milieu determine the nomenclature, structure, hypocrisy, and corruption of the political system.

Some are real. Some are silly. All are mental exercises in futility.

Modifications are descriptors that make changes to the referee personas attributes and size.

The anthro should have a name as any anthro player persona does. For anthro, naming shenanigans jump to Anthro Name.