Robots are inorganic lifeforms. In the faux taxonomy, robots are of the family machinidae Machinidae are life forms that are inorganic and fabricated. Anthros, Aliens or other Robots can fabricate robots. The robots here are referee persona robots fabricated by the referee.

Not all RPs are created equal. Some personas are less important than others. The referee usually knows the importance of the persona before she starts generation. An RP’s relevance increases the more entangled they are with the expedition.

Canon fodder may have bit parts in the story but does not make the story. Robot canon fodder can be security sentries, attack drones, or angry shopping carts.

The referee usually predetermines the goal of canon fodder. The referee creates as much information as needed. For example, security sentries protecting a plantation may only have a lazer and bonus proficient on her combat table. The security sentries may all look the same, but with different id numbers.

Canon fodder can be extremely dangerous to the expedition. They are there to get in the way of the player’s goals. The referee should complete a persona record sheet for robot canon fodder. There are too many moving parts with robot RPs to make them on the fly.

For player personas determining their robot type is a laborious process. The referee can use the Single Roll Robot Type Table below. One roll using a 1d1000 chooses the robot RP type. The referee should massage the robot type to suit her campaign’s milieu.

Any robot that has a wate of 4.2 kg or less has a chance of becoming an extremely small nanorobot. The chance of the robot becoming a nanorobot is 1 in 6 (1d6) Nanorobots have a wate of 0 to 999 grams (1d1000-1). A nanorobot cannot have a wate greater than a kilogram. Nano robots have no change to their attributes, abilities or combat values.

Hite gives an estimation of the volume occupied by the robot. The referee rolls dimensions once for each of hite, width and length. A hexagon is 200 cm across.

Robot RPs have an AR of 700. A robot AR is the same as any other persona AR. A successful attack roll damages the robot as it would any other persona. Robots are different from organic personas and damage differently. Robot RPs are easy to hit but hard to destroy.

The robot’s dexterity score determines her movement rate. Robots are twice as fast as those other personas with the same DEX. Those robots which move faster than eight h/u must accelerate the same as vehicles. Robotic acceleration is one hex per unit per PSTR prime score.

Bots are affected by encumbrance, though not as much as other referee personas. Physical strength determines the weight allowance of the robot. A robot with a PSTR level of 3 and a 17 PSTR would have a wate allowance of 75 kgs. Robot size does not affect a robot’s wate allowance. For more information about carry stuff, jump to Encumbrance.

Robotic RPs may have offensive, defensive and peripheral systems. Generating systems for player persona robots is convoluted and fun. The referee can find the number of rolls for each system on the single lookup table below. The lookup table seems scary, but it is scientifically proven to be faster than the player robot persona method.

All robots can ram, but not without challenges. Only robots with ramming freedom can fling themselves around with self-destructive abandon. For more info about robot ramming, ram your way over to Robot Ramming.

These attacks include ramming, and the robot is misusing and weaponizing malfunctioning peripherals. It is possible to get a roll on Attack Table Two to get more dangerous weapon systems. For details about these attacks jump to Attack Table One.

Even more dangerous attacks. These attacks are a mix of baked-in weapons and misused devices. It is possible to get several rolls on Attack Table Three. For details about these attacks jump to Attack Table Four.

Peripherals are attachments that give the robot some additional flexibility in performing its tasks. Peripherals are not weapons. For more detailed explanations jump to Peripheral Systems.

If there is a need to know the referee persona’s adaptability check the fabrication info for the robot type.

Most referee persona robots do not like to talk about their value. If there is a need to know the referee persona’s value check the fabrication info for the robot type.

Tech level alters the wate and size of artifacts. There is no mechanism in EXP for altering robots based on their tech level. Is a high tech level robot less able to ram because it is now lighter? Tech level could increase the value of a robot, improve its power plant, and overall alter its appearance. Would steam power a low tech level robot? For more info and the effects of altering tech levels, jump to Tech Level.

Robots do not age. Unlike organic life forms, robots only decay from damage and not time. The longer it has been since fabrication allows for an estimate of how much damage the robot has experienced. The robot age table was previously called the decrepitude table.

The combat table keeps track of the persona’s combat skills and increases with EXPS level. The referee may need two combat tables for her tool using aliens. For general info about combat tables, jump to Combat Tables in tactical combat. For a detailed explanation of the outline below jump to Robot Combat Table.

This combat table is for baked-in offensive systems and ramming freedom. Robot RPs only have a bonus proficient (BP) for their baked-in attacks. If a robot RP manages to use a gun, her BP is zero. If the robot type is Android (A), then the referee must make an anthro-like vocation-based combat table as well. For the vocation based combat table, jump to Anthro combat table. 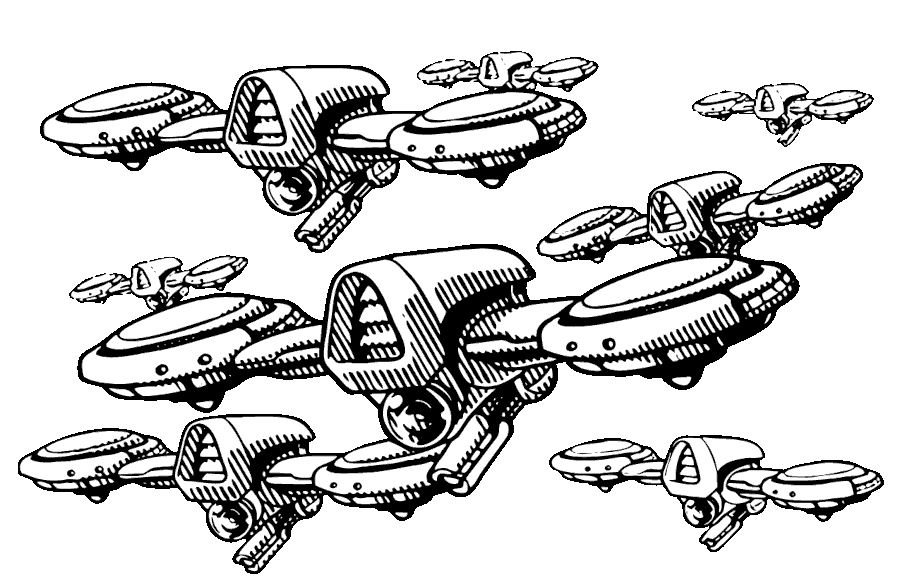 The Combat Ratio number indicates how many player personas represent a fair fight. For this process, a player persona is a level one anthro persona with a typical combat table.

The more mental strength the more resilient the higher the combat ratio.

Qualitative details about how the robot moves, sees, and powers itself.

Robot power sources are sciency fiction supercells that allow the robot to operate. Recharging may be necessary. For more detailed information, jump to Power Source.

Robot sensors allow the robot RP to hear and see like any other persona. The higher the RPs awareness, the more sensors they have. For more detailed information, jump to Sensors.

Robot locomotion allows the RP to get anywhere she can fit. For more detailed information, jump to Locomotion.

The referee persona’s story is a skeleton to help the referee create a backstory. The past, present, future and personality of the persona give the referee a skeleton to hang the story meat. Cannon, and canon, fodder do not have detailed stories at all. Canonical personas may need a lot more.

L33t Un1t is an expendable combot left on the planet from a past war. She has no command and control and wanders around the desert near the expedition’s home base.

L33t Un1t still misses the organizational elements of an organized military force. She would be happy to take direction from anyone with military training. L33t Un1t will work with the expedition if they offer this kind of direction to her.

L33t Un1t desires nothing more than to find meaningful leadership. She will leave the expedition to follow any combot or military brass from her previous campaign.

Robot personalities are accidental and arise from malfunctions and damage to their processes. If the robot RP was to be appropriately 'repaired,' she would lose her personality.

Shape, colours, locomotion type, and peripherals contribute to the robot RP appearance. These tables are for inspiration and fun and should not replace referee creativity.

The basic shape is fit into the dimensions of the robot.

The referee can contort the shape above for fun and randomness.

Colour makes the world go round.

The robot should have a name like any other persona. Robot names can become complicated because they may need a persona name, model name and fabricator name. For more details on naming shenanigans, jump to Robot Name.