Attribute rolls are dice rolls that test persona attributes. Acts of dexterity, physical strength or willpower are examples of attribute rolls. An attribute roll pits a specific attribute against a particular task. Catching a valuable egg would be a dexterity (DEX) roll. Listening for a malfunctioning engine noise would be an awareness (AWE) roll.

As with all rolls, attribute rolls should not decide the course or a campaign. Nor should an attribute roll be used to solve a referee’s puzzle.

Attribute rolls are quick dice rolls to determine success in non-vocational maneuvers. Attribute rolls do not replace attack rolls, performance rolls or driving rolls. Attack rolls are unique to the Tactical Combat System and represent a complex balance of combat skills and armour rating. Performance Rolls are for the maneuvers of specific vocations and represent a balance of difficulty and skills. Driving Rolls involves both the vehicle handling class and dexterity rolls.

The majority of the time, the player will be rolling against a normal difficulty. The bizarre difficulty task is for impossible tasks that the player still wants to try.

The player must roll equal to or higher than the target value. The player rolls a 1d20 and adds her EXPS Level and attribute score to the roll. 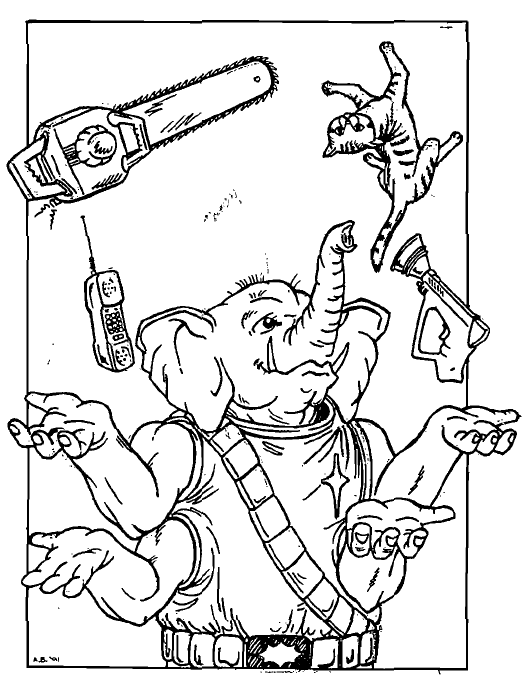 The player must roll equal to or higher than her competition’s roll. The player and the competitor roll a 1d20 add their EXPS Levels and their attribute scores to the roll. Whoever is higher is the winner.

Both the player and the competitor make a competition roll.

The difference is in the synergy of numbers. In a combined attribute roll, every player gets to make a roll. If any of the players are successful, the entire team is successful. For example, three personas are trying to push over a flag pole. Each player gets an attribute roll against the difficulty of this task. A win by any of the players means the flag pole has succumbed to vandalism.

In a combined attribute competition, each player gets to make a roll. Success depends on the number of successes made by each team. So if two groups of ursidae are having a tug of war, every player gets to roll. The referee matches the players by their physical strengths. Whichever team has the most successes wins the tug of war. A tie means that the tug of war is continuing, excitement increases, and the pull-a-thon continues. In general, the stronger team will win, but miracles of probability can still occur.

A little python program made thousands of simulated attribute rolls. The goal was to determine what intensity gave an average attribute a 60% chance of success.