Saving rolls consist of toxin attacks and psionic attacks. Toxin attacks can separate into poison and radiation attacks. There are only two attributes involved in Saving Rolls: constitution and mental strength.

The referee decides which attribute is most relevant for the roll. There are only two attributes involved in saving rolls: constitution (CON) and mental strength (MSTR). The player adds her persona’s attribute score and EXPS Level to the 1d20 die roll.

Poison, radiation and mental attacks are all assigned an intensity.
The player must roll higher than this number to win her saving roll.

Poisons are toxins that need to contact the persona for effect. Poisons can be inhaled, ingested, or contact. Some poison attacks require a successful attack roll before they can harm the persona. The persona cannot avoid other poison attacks like a gaseous area of effect attack, for instance.

Robots are unaffected by poisons that attack organic physiologic systems. Electric shocks, corrosives and radiation have the same effect on aliens, anthros and robots. 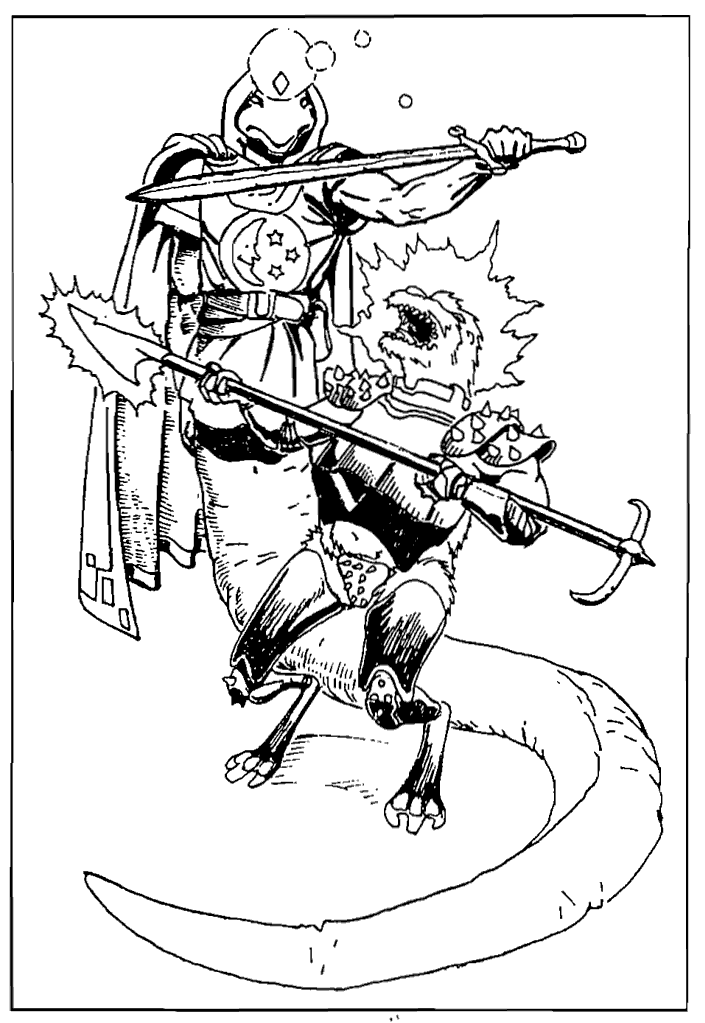 The intensity of the psionic attack is equal to the attacker’s mental strength plus her EXPS Level.

A successful saving roll against a psionic attack completely negates any effect. There is no partial effect for mental attacks. A failed saving roll subjects the persona to the details of the mental attack. The persona may have her mind-controlled, muscles manipulated or lifted against her will.

The player must roll equal to or higher than the target value (intensity). The player rolls a 1d20 and adds her EXPS Level and attribute type to the roll.