This section applies to the aggressive and dangerous driving of cars, tractors, boats, planes or skateboards. The basic assumption made about driving is that it is safe. Drivers that obey traffic regulations and employ reasonable amounts of common sense will be fine. The driving system only comes into play when personas speed, engage in combat or make reckless choices. Under normal circumstances, a vehicle allows an expedition to get from A to C to advance the story.

Driving and the Hex Mat

Inatmo vehicles travel at tremendous speeds. Most vehicles will run out of tabletop combat mat in a unit or two. Vehicle racing, or chasing, is another reason to keep track of vehicle location. Car chases are fun. If there are no persona tokens on the mat, grab a smaller scale hex mat. The smaller scale mat allows for high-speed maneuvers and treacherous obstacles. Regardless of the scale of the hex mat, vehicles move like any other persona. They cover way more hexes every unit and can have lethal collisions. 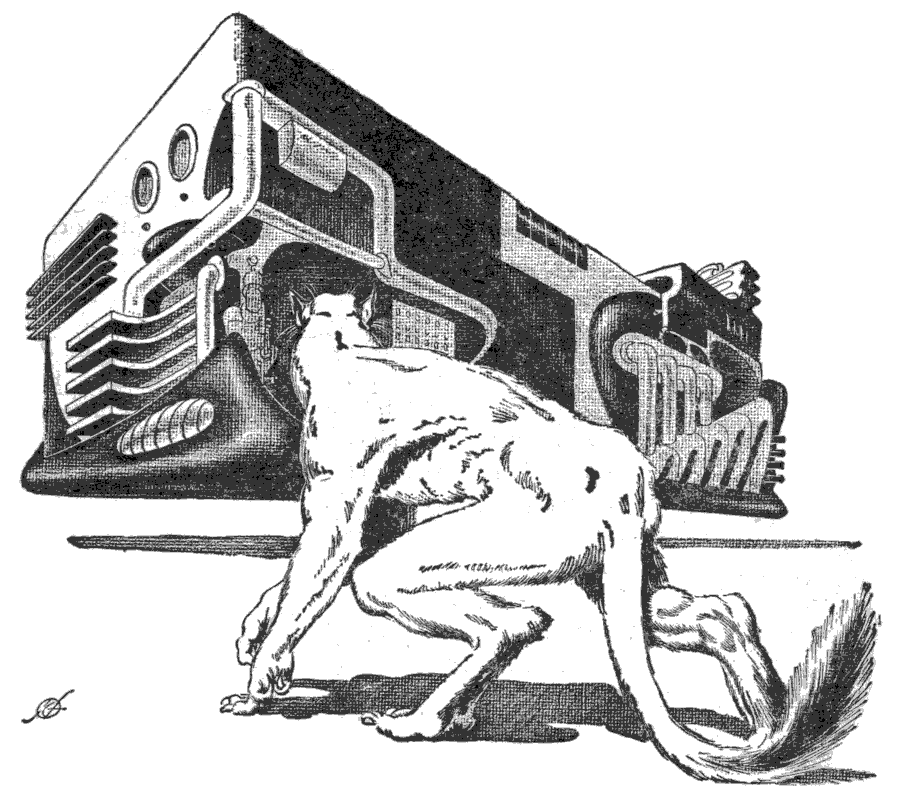 When to Check for Collision

Speed effects are dependent on the persona’s dexterity. High dexterity reflects good eye-hand coordination, agility, and reaction time, all of which aids in avoiding accidents. The maximum speed that a persona can handle is one h/u per point of DEX.

Thus a player with a DEX of 10 could travel at ten h/u (36 km/h) without having a speed penalty. For every ten h/u (36 km/h) over this driver’s maximum speed, any maneuver increases by 1DD. A persona with a 10 DEX is cruising at 40 h/u (144 km/h). The degree of difficulty has a speed penalty of +3DD. Even trying to drive straight can be dangerous at high speeds.

The target roll can be calculated or tabulated. The table is included here for quick target roll checks. The tables below are connected copies from the section on performance tables.

No calculations are required. Compare DD to skill score to get the target roll. For example, skill score 5 intersects with DD 5 to yield a target roll of 66. The player must roll 66 or higher on a 1d100 to win her performance roll. The higher the persona’s skill score, the lower the player’s target roll. Very high skill scores and very high DDs exceed the Target Rolls Table’s limits and require calculation.

Players can calculate the target roll using some simple maths and a tiny table. The higher the skill score, the greater the impact on the target roll.

A persona with no aptitude indicates that a persona is attempting a maneuver out of her vocation. For example, a mercenary trying to identify an alien flower would have no aptitude.

If a player fails her driving roll, all is not lost. The driver has a chance to recover from her driving error through dexterity and skill. The rally roll is a modified attribute roll using the persona’s dexterity and driving skills. The degree of difficulty is the same DD from the driving roll.

A successful rally roll indicates the driver has maintained control and exits the collision checklist. A rally roll represents actions that are obvious to everyone in the vehicle. There may be some dramatic overcompensation or even profanity from the driver. A failed driving rally roll moves the expedition further down the collision checklist. The driver has lost control of the vehicle, and the dice are taking over the story. Tension mounts even more.

Loss of control has three elements.

These three elements may or may not lead to a collision.

The loss of control of the vehicle will last for 0 to 3 units (1d4-1). The driver loses control of her vehicle for that duration of time.

If the vehicle is travelling ten h/u and loses control for three units, the vehicle will travel for 30 hexes out of control.

Deceleration and deviation simulate the vehicle careening out of control every unit. This period is when everyone in the vehicle is screaming in fear, especially the nothing personas.

Duration of Loss of Control

This speed loss can be from sensible braking, mad deviations, or both. While the driver is trying to regain control of the vehicle, the most common reaction is to brake. Swerving around also wastes energy, and a vehicle out of control always slows down.

The deceleration can be quite hazardous to the passengers if they lack proper restraints (aka seat belts). The decelerated speed is the one that determines the damage if an accident should result.

Deceleration In Loss of Control

The struggle to control the vehicle is real. Once control is lost, the vehicle careens in a random direction. The last one, deviation, is left to the discretion of the referee. The ref must decide whether the vehicle-deviates left, right, up or down. 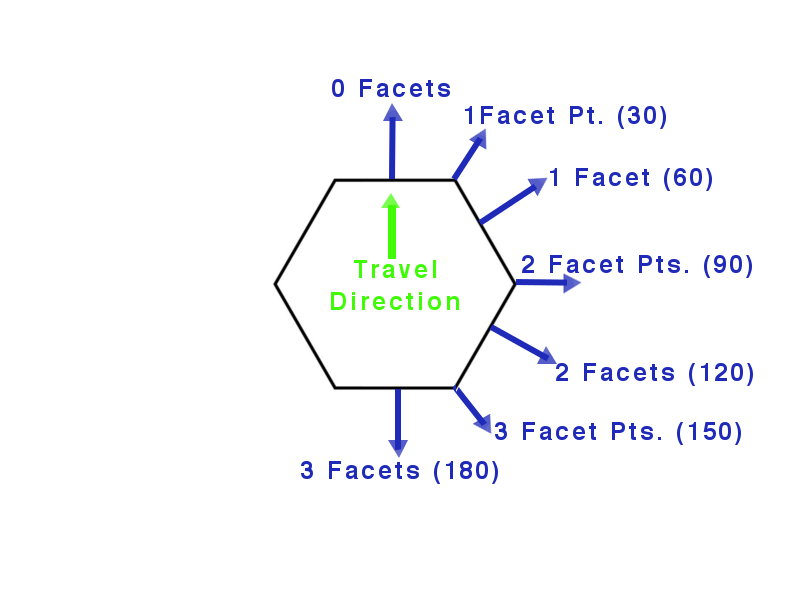 Faceting the music in loss of control.

Losing control of a vehicle may result in a collision. A collision can occur if the loss of control causes the vehicle to crash into an obstacle or careen off the road. 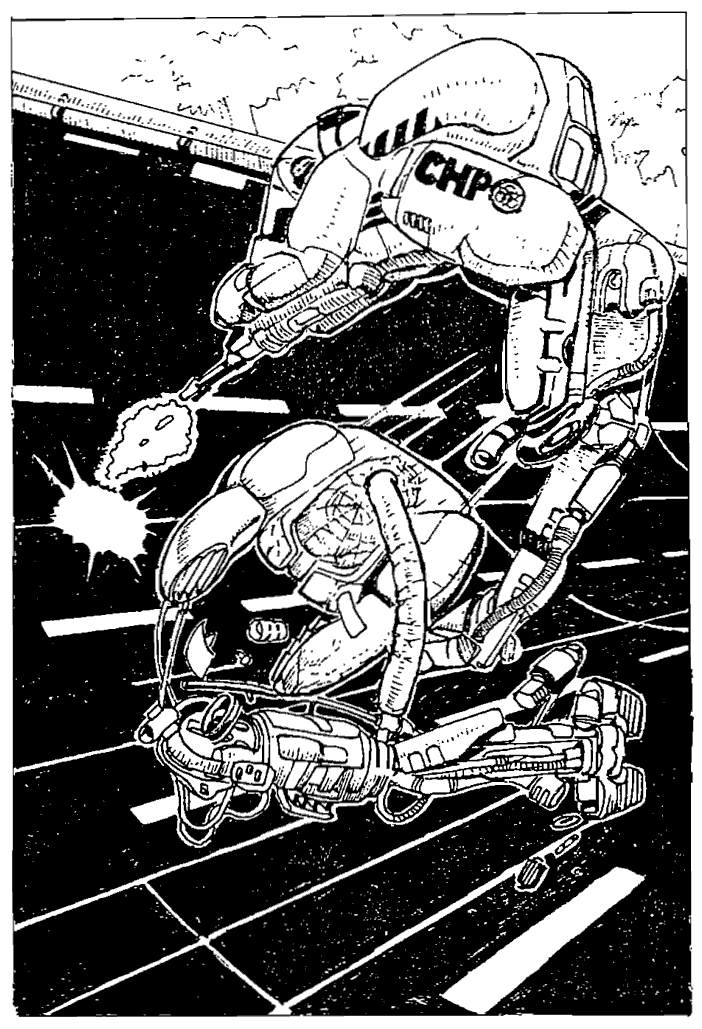 Speed indicates the energy delivered by a collision, but that is not the whole picture. The relative wates involved in the collision also affect the damage delivered. If the referee ignores relative wates, the referee can expect strange results. For example, a moped could ram an 80-ton military tank at high speed and kill the tank crew. Or a jet plane could crash into a convertible, and the car driver could escape injury. There are some faux Newtonian solutions to these potential problems.

Collisions can deliver massive amounts of damage and easily kill personas. Collision damage works the same as any other damage inflicted on the persona. The referee generates the damage, and the player subtracts the value from her hit points. The referee can roll damage once for all the personas in the collision or individually for each persona.

Pedestrians hit by vehicles will take damage as if they were in an accident with the vehicle. A vehicle travelling 35 h/u would do 6d10 to a pedestrian.

Vehicles do not have hit points. Vehicles suffer damage in a fashion similar to other inorganic objects. Vehicle damage resembles robot, exatmo vehicle, and artifact damage. The higher the speed of the vehicle has its collision at the more damage that it endures.

A roll on the Location of Vehicle Damage table must include an Extent of Damage roll. The location of damage determines which vehicle function is affected by the damage.

The extent of the damage roll indicates the decrease in efficiency of the damaged part. Major damage would decrease the system to 60% of the previous function. Major damage to the speed system would reduce the vehicle’s speed to 60% of the previous function. The vehicle’s maximum speed of 30 h/u drops to 18 h/u. Vehicle system damage is cumulative.

The Collision Wate Modifier should modify the extent of the damage. The referee may multiply the extent of damage roll by the multiplier. If the player rolls 50 on the Extent of Damage Table, this could be multiplied by as much as 4 or 1/4.

There are further complications that may interest the referee. Passenger entrapment equals 1% per HPS of damage inflicted on the passenger. Post-collision fire is dependent on fuel type and damage to the fuel system. A Sphincter Roll is required to determine if there is a fire complication. Whether the vehicle is drivable depends on the damage to systems during the collision. The final vehicle resting position is entirely up to the decision of the referee.