Attack roll adjustments do not change the target’s armour rating. For example, a target may have 90% cover from one direction and no cover from another direction.

Attack roll adjustments do not affect the persona’s combat table. The persona’s Bonus Proficient (BP) and Maximum Roll (MR) remain the same. A skilled persona with a high bonus proficient can overcome weather and range penalties.

Thus a rear attack (+90 attack roll) with a club could allow the player to surpass her persona’s MR (Maximum Roll) and possibly hit a previously impervious target.

This method of administering attack roll bonuses is blatantly biased towards the players. There is no justifiable reason for players to be excluded from combat because their persona has an inadequate Maximum Roll (MR). Attack roll bonuses allow the player to gain a chance attack roll a target through ingenious, or experienced, tactics.

Weather conditions affect the attack rolls of ranged weapons. There are no snow or rain effects on hand-to-hand combat (type A attacks). Grenades are affected by weather conditions, while aerosols are not. 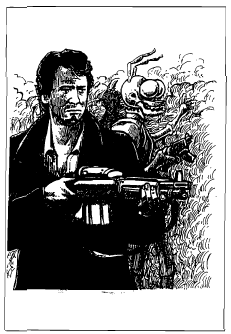 Through rain and sleet and smoke.

Most of the weather penalties are per hex of range. For example, shooting a gun through thick smoke at a target ten hexes away is a -600 attack roll penalty. All personas on the hex mat are suffering the same attack roll penalty. If a penalty is large enough, it is equivalent to firing blind.

Minimal weather penalties should only apply to important attack rolls. For example, a persona may be attempting a long-range scope shot on a referee persona. In this case, the success of the attack roll could be affected by a -4 penalty. Exciting! 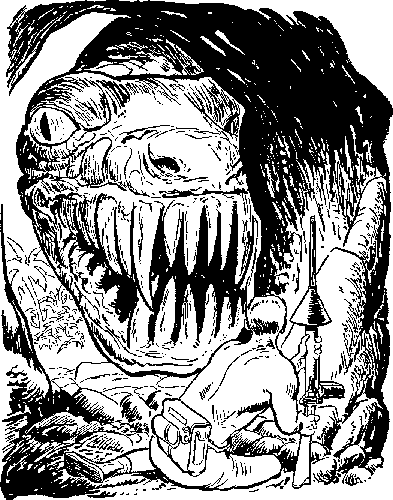 Dinner has own tooth pick.

An attacker can transform cover to concealment if by using a different weapon.

The referee must decide cover and concealment penalties for aliens on a case-by-case basis. Some aliens are simply too big to hide. The referee may have milieu-specific variations. 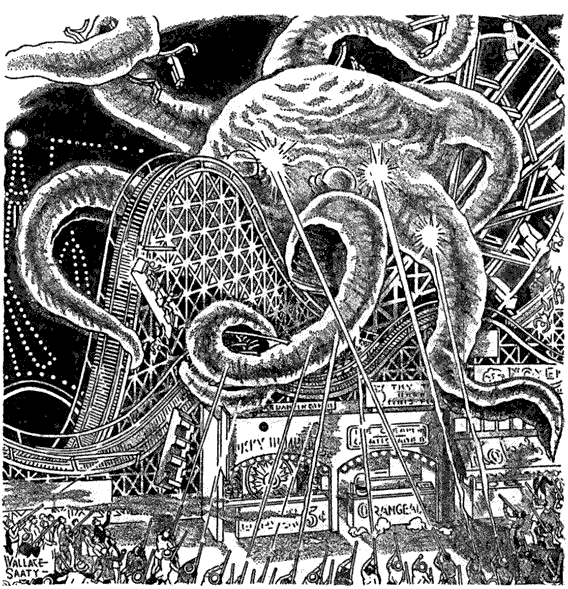 You can hit me, not hurt me.

The referee must decide cover and concealment penalties for robots on a case-by-case basis. Some robots are simply too big to hide. The referee may have milieu-specific variations.

Cover is when a persona places a solid barrier between herself and the attacker’s weapon. Typical cover includes rocks, tree trunks, hills, and corners of buildings. Cover will stop a bullet, lazer bolt or arrow in its tracks. If discussion about whether a feature offers cover or concealment becomes intense consult the Sphincter Dice. The more cover that a target has, the greater the attack roll penalty.

Firing blind refers to attacks made against targets that are not visible. The attacker may have an idea where the target is, but the target has 100% concealment. Firing blind applies if the target is unseen due to smoke, blindness, invisibility, or tear gas. Firing blind does not apply to target’s with 100% cover.

Firing blind is limited to projectile weapons (Types B, C, D, E, and F). The projectile must be able to penetrate the concealment. Contact attacks (Type A) and area of effect weapons are not part of the firing blind rule set.

To maintain the mystery of firing blind, the referee may request the player roll damage after every attack roll. This deception helps maintain the secrecy of the hidden. 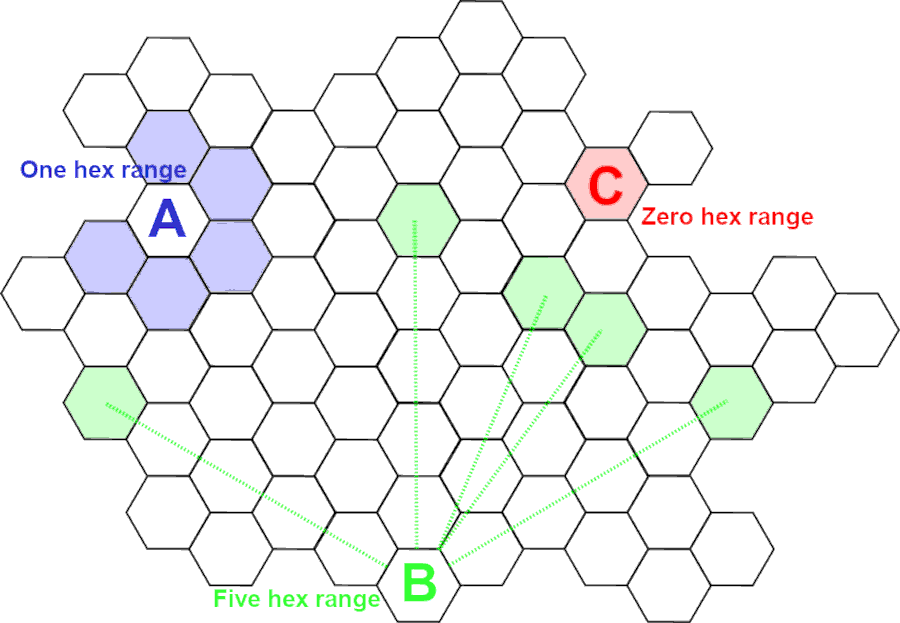 Not an oven range.

There are no range penalties if the target is within the maximum range of the attack. Maximum ranges vary by weapon construction, tentacle length and robot physical strength. The range attack roll penalties are per hex penalties applied per hex beyond the attack’s range.

A persona can use their entire movement rate per unit without penalty. Movement Rate is the designated amount that a persona can move during a combat unit. There are some movement choices that the player can make that affect attack rolls.

Movement penalties do not apply to natural combat movement rates. For example, a super-fast alien would only suffer a movement penalty if she were in a moving vehicle. Her natural movement rate would never cause an attack roll penalty.

A persona can crawl along the ground to improve concealment or cover. Crawling involves keeping one’s body unnaturally close to the ground and compromises movement rate. Crawling personas move at 1/4 of their regular movement rate. So a persona who normally can move eight h/u can crawl at two h/u. Crawling also impedes the actions a person can undertake.

Crawling gives the persona an AR bonus of +125 to powered and none powered missile weapons. So attack types B and C are penalized but Type A attacks get an attack bonus of +125.

Robots cannot alter their locomotion type to gain a crawling AR bonus. Only medium-sized or smaller organic personas can use this bonus.

A persona can crouch while moving to improve concealment or cover. Crouching involves lowering one’s body closer to the ground and compromises movement rate. Crouching personas move at 1/2 their regular movement rate. So a persona who normally can move six h/u can crouch at three h/u. Crouching also impedes the actions a person can undertake.

Crouching gives the persona an AR bonus of +60 vs powered and none powered missile weapons. So attack types B and C are penalized but Type A attacks get an attack bonus of +125.

Robots cannot alter their locomotion type to gain any AR bonus. Only medium-sized or smaller organic personas can use this bonus.

Rolling allows the persona to stay undercover and move a bit faster. Rolling personas can move at 1/3 their movement rate (rounded down). A rolling persona with a seven h/u move can roll at two h/u.

Rolling gives the persona an AR bonus of +125 to powered and non-powered missile weapons. So attack types B and C are penalized but Type A attacks get an attack bonus of +125.

While rolling, a persona cannot make attack rolls or performance rolls. The persona can only make roll rolls.

Robots cannot alter their locomotion type to gain any AR bonus. Only medium-sized or smaller organic personas can use this bonus.

Many role-playing games give bonuses for flanking a target. Flanking only applies to anthro-shaped targets that do not have eyes on the back of their heads. Flanking a target only benefits Type A attacks. There are no flanking bonuses for projectile or area of effect weapons. The player has an attack roll bonus of +90 when attacking from behind and +60 when attacking a rear flank. The persona cannot earn flanking bonuses by simply maneuvering around her target. The target must be unable to turn or be occupied by something other than the attacker.