Armour protects the wearer from damage in combat and other harsh environments. Artifact armour can have technomagical qualities that vary from thermal protection to computerized, servo-aided joints. Unless otherwise stated, the armour will include torso, limb, hand, foot, and head protection. Armour does not include shields.

Ablative armour negates lazer attacks. When hit by a lazer, the ablative material vaporizes, producing an anti-lazer gas that dissipates the lazer bolt, keeping the attack from damaging the wearer. When hit by a lazer, the wearer will take no damage because of the ablative armour. This armour only works against lazers and does not affect energy attacks such as fission, fusion, or plasma. The armour rating represents how well the armour is at deflecting all other attacks. Since the armour vaporizes to disrupt lazers, it has a limited lifespan. The armour will lose its ablative effect after disrupting 300-1000 (1d8+2 x 100) hit points of lazer damage. If a lazer attack scores a hit, the damage score harms the armour, not the wearer. Depleted ablative armour retains its AR of 625 but loses all special defences against lazers.

Combat armour is typical futuristic, militaristic body protection designed for infantry dogmeat. It is usually composed of such mundane materials as Kevlar weaves and ceramic plates.

Concussion armour absorbs concussive forces. The protection looks like a bulky, pillowy onesie. Each of the fluffy lumps is full of tiny resilient beads that increase the surface area that concussion force is absorbed over. This design reduces crushing damage from explosions, falls, crashes, blunt weapons, squeezing attacks, etc. Any of these damages types are reduced by 1/2 when wearing concussion armour.

Concuflex reduces the chance of being injured by concussion attacks. Shockwaves, crushing and gravity attacks are concussive attacks. Concuflex increases the persona’s armour rating (AR) by +150 against such attacks. This covering appears as a bulky down parka.

Electroflex reduces the chance of being injured by electrical attacks. Electrical attacks include stun, lightning arcs and electrocution. Electroflex increases the persona’s armour rating (AR) by +150 against such attacks. This covering appears like a black slicker with tendrils reaching the ground.

Enerflex reduces the chance of being injured by energy attacks. Energy weapons include fusion, fission and plasma attacks Enerflex improves the persona’s AR by +150 against energy attacks This covering appears like a translucent shimmering raincoat.

Inerflex reduces the chance of being injured by energy inertia attacks. Classic inertia attacks are focused concussive damage like swords, punches, or inertia weapons. Inerflex improves the persona’s AR by +150 against inertia attacks. This covering appears like a wet, flattened-down parka.

Reflex reduces the chance of being injured by energy lazer attacks. Lazer attacks include anything generated by a lazer, including lazer sights and lazer detectors. Reflex improves the persona’s AR by +150 against lazer attacks. This covering appears like a matte trench coat with reflective flecks.

Vibroflex reduces the chance of being damaged by vibro weapon attacks. Vibro attacks include any vibro enhanced attack, sonic attacks other high-frequency damage. Vibroflex improves the persona’s AR by +150 against vibration attacks. This covering appears like a rough weave of loose fibres.

Force field belts generate a nearly invisible defensive shield contoured to the wearer’s body. The electromagically generated field dissipates kinetic energy protecting the wearer. The belt will absorb any attack that uses energy (kinetic, lazer, clubs). The field raises instantly when an incoming attack is detected. The force field belt absorbs any damage that the wearer would have taken. This force field does not stop poison gas, radiation, kisses or psionic attacks.

Force field belts vary in the number of hit points they absorb. Once the belt absorbs this damage, it shuts off. The persona cannot use the force field belt before replacing the batteries.

These are specialized helmets that offer head protection and a special accessory. The accessory is usually an artifact baked right into the helmet. The artifact could be a gun, vet equipment, or a scope. The persona controls the artifact using voice command, tongue wrangling, or facial contortions. The milieu of the campaign determines the base helmet type.

Regardless of the helmet type, the AR bonus is the same. Helmets do not affect restrictiveness. The baked-in artifact determines the wate and value of the helmet.

The type of equipment installed is limited by wate and reason. Heavy artifacts would not only be impractical but would cause severe neck injury. The table is an abbreviated list of equipment that may be useful in a combat helmet.

The communication device is generated at communicators. The comms cannot have a wate greater than 6 kg. Helmet communications are common, and this does not count as a roll, and the player may roll again.

The gun can only be a pistol, and its wate cannot exceed 6kg. The gun is part of the helmet, and the wearer’s head actions trigger it. Jump to Gun to generate the pistol.

The vet equipment must be reusable, and its wate cannot exceed 6kg. The artifact cannot be a disposable one, like a vedi-kit or special bandage dispenser. Jump to Vet Equipment.

The miscellaneous artifact must be reusable, fair and its wate cannot exceed 6kg. For instance, a plastix helmet with a built-in fire log may be humorous but cruel. Jump to Miscellaneous Equipment.

There is no limit to the type of scope in a helmet. Roll from the list of scope artifacts found in Scopes.

The persona will be able to flip the vizaud up and down using a stylish visor. Roll from the list of visual aid artifacts found in Visual Aids

Plastix armour is unusually clean looking, white, ceramic composite plate armour. The armour tends to remain clean and white. This ceramic plating is the staple uniform of disposable spacefaring infantry. This armour’s helmet includes a closed faceplate with a nearly opaque sun visor. Any persona wearing the helmet suffers a -114 penalty on her attack rolls. The armour rating is not compromised if the persona removes this helmet.

Protex is industrial under armour that protects personas from specific workplace hazards. Each suit consists of a bodysuit, integrated gloves, hood, and socks. The armour clothing offers complete protection from the hazard described. The protection is total, no damage taken, no saves necessary.

This armour is not for the rigours of combat. Combat will destroy Protex reasonably quickly. Protex armour can withstand 400 HPS of damage. Any hit points of damage that the persona suffers are considered Protex damage.

A shield is a handheld sheet of armour used to deflect and block attacks. The shields here are like bucklers or tower shields, not force fields. A shield can only protect one flank and does not cover the entire persona. They are crafted from specific armour types and offer bonuses in AR and defences.

This shield functions like the armour type Ablative. The shield gives an armour rating bonus of +75 and defends against lazer attacks. The shield negates 10-100 (1d10 x 10) hit points of lazer damage.

This shield functions like the armour type Ballistic. The shield gives an armour rating bonus of +75 and defends against ballistic attacks. The shield negates 10-100 (1d10 x 10) hit points of ballistic damage.

The shield functions like the armour type Combat. The shield gives an armour rating bonus of +125.

This shield is base on a Compucrafted version of mundane armour. The shield improves armour rating by +3-300 (3d10 * 10).

This shield functions like the armour type Concussion. The shield gives an armour rating bonus of +75 and defends against concussion attacks. The shield negates 10-100 (1d10 x 10) hit points of concussion damage.

A flexion shied like an umbrella made of Flexion armour. The shield gives an armour rating bonus of +125.

A force field shield a defensive wall projected from a wrist band. It does not encompass the persona’s body like a regular Force Field. The force shield absorbs 10-100 (1d10 x 10) hit points per battery.

This large white shield functions like the armour type Plastix. The shield gives an armour rating bonus of +75 and impairs the user’s accuracy. Using a plastix shield will inflict an attack roll penalty of -100.

A protex shield functions like the armour type Protex. There is no adjustment of the persona’s armour rating. The shield absorbs 100-400 (1d4x100) hit points of the protex type. 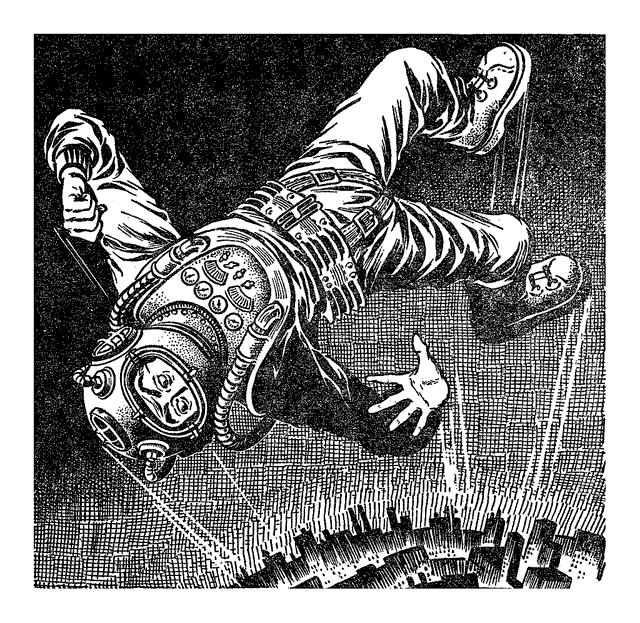 Have your vac suit ready

The vacuum resistance suit protects organic personas from the harm of space. The cumbersome vac suit beats being simultaneously asphyxiated, boiled and frozen. The vac suit can also be called a spacesuit.

There are three different types of vac suits: civilian, industrial, and military. Each of which has its peculiarities. Vac suits will rip only if subject to direct damaging forces. For example, shooting or intentionally cutting a vac suit may cause it to rupture. None of these vac suits can survive entering into an atmosphere.

The civilian vac suit has no motion controls. Personas must clumsily drag themselves around by grappling in zero gravity. Civilian vac suits have an all-frequency homing device, emitting a locator-distress call.

The persona will be able to function for four days in a vacuum. After the fourth day, the civilian vac suit turns into a personalized cryogenic suspension unit. Vac suit cryo will keep a persona alive as long as it suits the story. A persona can also wear the vac suit to protect against toxins inside an atmosphere. The suit will maintain a safe environment for four days and then act as a stasis bag for four months. Being resurrected from a vac suit is a veterinarian maneuver.

A civilian vac suit is relatively delicate, and intentional destruction can lead to rupture. If warranted, there is a 1% chance of rupture per hit point of damage. For example, 30 hit points of damage has a 30% chance of vac suit rupture. Vac suit rupture will quickly kill the persona.:art: alien_vac_suit.png 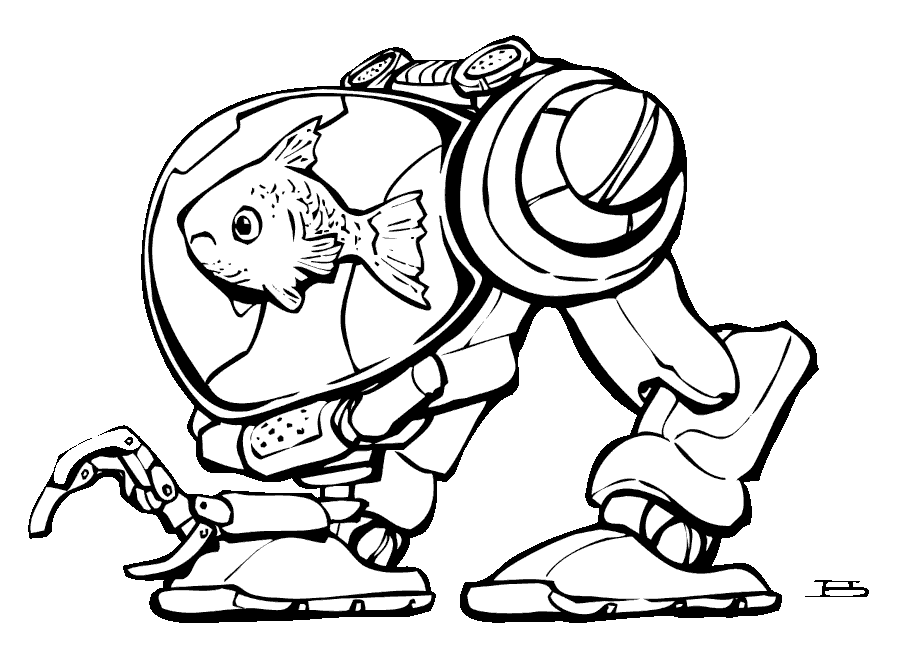 Industrial vac suit for an alien.

The industrial vac suit is for repair work in outer space. It is cumbersome to put on and is not helpful in an emergency decompression.

The military vac suit is designed not to be found. It is dark, light-absorbing and hard to detect. There are no homing beacons. Communications are only through a lazer communicator with a direct line of a site.

The suit has a jet system built into the shoulders and feet of the vac suit. This jet system is nimble and can turn on an electrum piece. The system allows the wearer to travel at 12 h/u.

The gloves are highly articulated, allowing the wearer to employ any weapon. The entire suit is ready for explosive removal in the atmosphere. This feature allows the wearer to be combat-ready when boarding a space vehicle. A military vac suit cannot function inatmo and cannot cross into an atmosphere.

A military vac suit will function for six days in exatmo. There is no cryogenic suspension. Upon incapacitation of the wearer, a military vac destroys itself and its wearer. The suit melts into harmless space debris, leaving no helpful evidence behind.

The wate of armour is unnecessarily complicated. The wate includes a number followed by another number in brackets. The first number is a percentage. The second number is the total wate of this armour for a 70 kgs anthro persona.

This value is the number of Experience points the persona earns for identifying the armour’s unique function.

The value of armour is unnecessarily complicated. The value includes a number followed by another number in brackets. The first number is a value per kilogram. The second number is the value of this armour for a 70 kgs anthro persona.