This support equipment section exists to support players in scarce resource campaigns. It is not a tool to render toys impotent and defeat a game’s fun. EXP is the game of technological chaos, not the game of carrying defunct equipment. 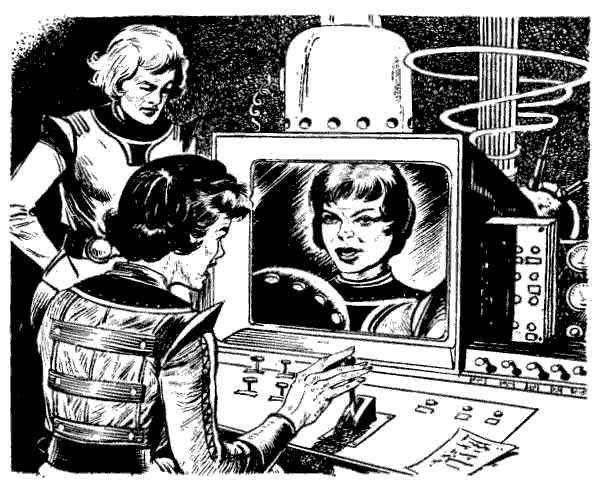 Face to face with televid

Ammunition is so essential to most weapons that it can hardly be considered support equipment. Most guns are useless without ammo unless being used as a club.

Ammunition wate and value are listed with each weapon type. Ammo does not earn a persona experience points.

The cell type determines the sciency fiction process that the battery employs to create electricity. An artifact may require a specific cell type and number of cells to function. Some campaigns will allow cell types to be interchangeable. Cell types should add fun to the game and not frustration.

This cell contains chemicals in a gaseous state reacting to create energy. A gas cell will cease to function if exposed to extreme cold (like a cryogenic attack).

This cell contains chemicals in a liquid state reacting to create energy. A liquid cell will cease to function if exposed to a vacuum.

This cell contains chemicals in a solid state reacting to create energy. A solid cell will cease to function when exposed to extreme heat (like fusion, napalm or sustained fire).

This cell contains chemicals in a plasmoid state, reacting to create energy. The plasmoid has a failsafe that prevents its weaponization. A plasmoid cell will cease to function when exposed to zero gravity.

Internal dynamos manufacture the useable energies of this cell. A dynamo cell will cease to function when exposed to high gravity.

A solar cell converts light into energy and stores it for later use. A solar cell can recharge itself after one full hour in bright light. A solar cell will cease to function if exposed to a violent light attack.

Broadcast cells are power receivers that convert transmissions from a power source into energy. The receivers will cease to function if they are subject to electronic jamming or leave the broadcast range. If the broadcast source stops transmitting, broadcast cells stop working. The range of broadcast power is up to the referee.

Psionic cells tap into the Kirlian energy of consciousness to create energy. The psionic cells drain mental strength to recharge themselves. The psionic cell will make a psionic attack on the nearest persona, usually, the persona using the device. If the target wins her psionic roll against a 3-18 (3d6) attack, the battery moves onto the next nearest consciousness. The player generates a new attack intensity each time the psionic cell requires recharging. The psionic battery will keep doing this until a persona fails her psionic roll. That persona loses one point of mental strength, and the psionic battery has recharged. If all the nearby personas win their psionic rolls, the battery will stay drained until a new mind comes in range. The range of the psionic attack is one hex per intensity.

Powerpacks are a collection of cells combined into one device. Powerpacks have a cell type and number of cells to power any artifact with a powerpack plug. So a power pack with 16 cells could power a four-battery lazer rifle four times over before expending. A 16 cell powerpack could power a one cell mutation detector for 80 days. Powerpacks contain a number of cells equal to a support equipment battery stash. To generate a powerpack the player jumps to Cell Type, Cells per Set and Number of Cell Sets.

All batteries, including multicells, have a wate of 0.1 kg (100 gm). Power packs have a total wate of 2 kg regardless of the number of cells it stores.

There are no experience points earned for batteries.

Fuel powers vehicles and space vehicles in EXP. Many campaigns will forgo fuel for fun, and that is an entirely reasonable approach. The rules for fuels are for scarce resource campaigns.

If the expedition is discovering a fuel cache, the referee should match it with an existing vehicle.

For more information about fuel and energy jump to the generic mythos section → Energy and Power.

Fuel amount is determined randomly by two factors. First, the player generates a random amount of fuel. Second, the player and referee decide if the fuel is for a vehicle or a space vehicle. These two elements determine how much fuel is present. If the player rolls an eight 800 km of vehicle range or eight months of space, vehicle power would be eight months.

Filling the vehicles is entirely determined by the campaign. One would expect that large space vehicles would have spaceports for filling up.

If the player rolls depot as an amount, then there is an unlimited supply of fuel present. This may be a refinery, or auto dispenser, or bubbling geographic anomaly. The depot cannot be move, but it does represent an endless supply of the needed resource. 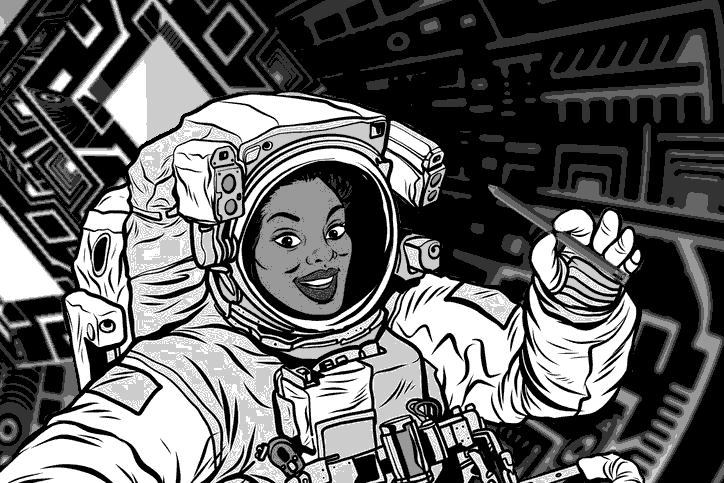 Listing fuel amounts in kilometres of range and months of service make wate and value determination a bit tricky. Determining fuel wate is a situation that uses post factualization. Post factualization allows the referee to determine game elements retrospectively while pretending it was always so.

There are no experience points earned for finding fuel.

An artifact discovered in the rubble of a mutant’s lair is not likely to have any manuals at all. Guns purchased a the local Laz-R-Mart will have an instruction manual. A vehicle stolen from a garage may have a repair manual along for the ride.

The manual will reflect the complexity of the artifact. Space vehicles will have enormous manuals stored within their onboard computers. A vibro mace may have a simple pamphlet covered in pictograms.

Most commonly the player will generate one manual. Pairs of manuals may be connected

A library is a collection of instructional and repair manuals for all manner of equipment. There was a time when a library represented a fixed building full of books. Even in mundane terra, a library can live in a fancy book (electronic book). The format of the manual determines the type of library. A library full of paper sheets would be like a library from the last millennium. A library on a fancy book would resemble a tablet or computer.

The manual format is mostly for appearance and plays a role in the manual’s mobility. A built-in manual will be part of the artifact. Sheet manuals can become very large. A plastic sheet manual for a space vehicle might resemble a library, but for just one artifact.

Unless the manual is a library or built into the device, the persona should be able to carry it around. If the wate of a manual is too much for a persona to carry, then the manual had better be for a large complex artifact.

The value of an instruction manual comes from the identification and ability to operate the artifact. Repair manuals can be quite valuable. As a rule, a manual is worth 1/100 of the value of the artifact. For a space vehicle, the manual is very valuable in terms of ship function and plain value.

When a mechanic uses a repair manual in conjunction with an artifact, she is awarded the experience point value of that artifact.

Programmes are collections of code that provide skills and insights for inorganic brains. The inorganic brains include computers of the following types: vocation, space vehicle, robotic, AI and biological. The referee should consider generating programmes for existing inorganic brains. For example, if there is a robot persona, consider having a robotic programme.

Most commonly, the player will generate one programme. A group of programmes may be a suite of tools to assist the inorganic brain. A programme suite could be an accounting programme and a fraud detection programme.

A repository is a collection of programmes that the player can search and download. The Programme Format determines the nature of the repository. The repo could be a collection of floppy disks or a crystal holding all known programmes for that inorganic brain. A repo is powerful, but it should be the tool that solves every problem. Even the best repository may have dependencies that keep every imagined programme from working.

AI programmes work in the MOM series of artificially intelligent computers. MOM computers are part of the generic mythos of EXP. For more info jump to Autonomous Intelligence 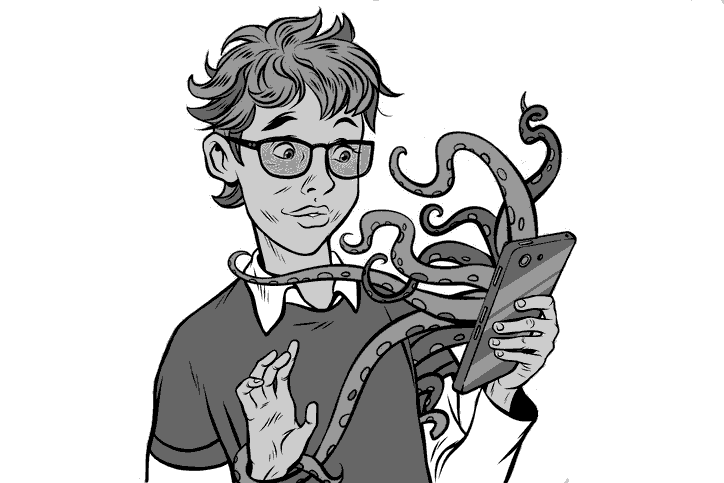 Vocation programmes work with vocation computers. Vocation computers assist personas with technical maneuvers carried out by their vocation. A programme will decrease the difficulty of a maneuver by 0-5 (d6-1) degrees of difficulty.

A biologic brain programme allows an organic persona (anthro or alien) to acquire new skills and abilities instantly. These programmes are only for insertion and integration with an organic brain. The programme will give the persona the described ability regardless of her vocation type or family. The programme may be inserted directly into the skull, delivered via the eyes and ears, or implanted using vet equipment. The player can choose to roll on either AI Computer Programmes or Vocation Computer Programs. An organic persona cannot have a space vehicle programme.

Spare parts help mechanics repair damaged or worn-out equipment. A mechanic could also use spare parts to enhance a piece of equipment.

If the referee chooses to have a completely random spare part jump to → Toy Type.